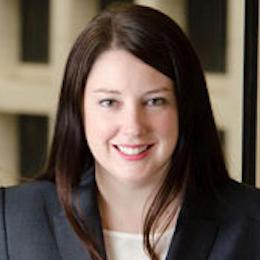 Joanne joined Walkers' Hong Kong office in March 2014 where she represents clients in relation to contentious and non-contentious matters including commercial disputes and fund related matters, restructurings and privatisations (including by way of Scheme of Arrangement), enforcement of rights and information gathering. Joanne regularly represents debtors, creditors (both secured and unsecured), shareholders and insolvency practitioners with a focus on commercial outcomes.

Prior to joining Walkers, Joanne worked for another leading offshore firm in both its Cayman Islands and Hong Kong offices and provided advice and representation with respect to both Cayman Islands and British Virgin Islands laws relating to insolvency, restructuring and general corporate matters, particularly in relation to fund clients and shareholder disputes.

Prior to that she was an attorney in the financial restructuring group of New York law firm Milbank Tweed Hadley & McCloy LLP where she worked on large and high profile bankruptcy cases, and also advised clients with respect to alternatives to Chapter 11, the use of Chapter 15 and the enforcement of security. Before practising in New York Joanne worked in Australia, initially with Finlaysons in Adelaide and subsequently at Blake Dawson (now Ashurst) in Sydney, both of which are leading firms in their respective markets. In Australia, Joanne practised primarily in relation to insolvency matters, representing banks and insolvency practitioners, as well as general commercial litigation.

2010 - Grand Court of the Cayman Islands