As the premier advocacy group for women in restructuring, IWIRC recognizes the value in recruiting and promoting women throughout their careers. To that end, the IWIRC Board of Directors established its Founders Awards in recognition of members and networks which have made exceptional contributions to the organization, their clients, and profession overall.

The Melnik Award, named for IWIRC founding Chair Selinda Melnik, is awarded to a member whose contributions to IWIRC, over an extended period of time, have been exceptional.  By her efforts, she has made a lasting impact on the mission of IWIRC.

The Fetner Award, named in honor of our founding Vice Chair, Martha Fetner, is awarded to a member for exemplary service to IWIRC, through efforts over the past year or several years, specially aimed at bringing members together through regional and international conferences, efforts and relationships.  This award is given to a member whose contributions to IWIRC have helped to fuel growth and expansion of IWIRC’s mission globally.

The Ryan Award was founded in honor of IWIRC founding Secretary/Treasurer, Laureen Ryan. The Ryan is awarded to the IWIRC Network that best exemplified IWIRC in the past calendar year. All chartered IWIRC Networks are eligible. While each Network will be asked to submit a report to be considered for the award, we welcome nominations from members as well.

Woman of the Year in Restructuring Award (WOYR) 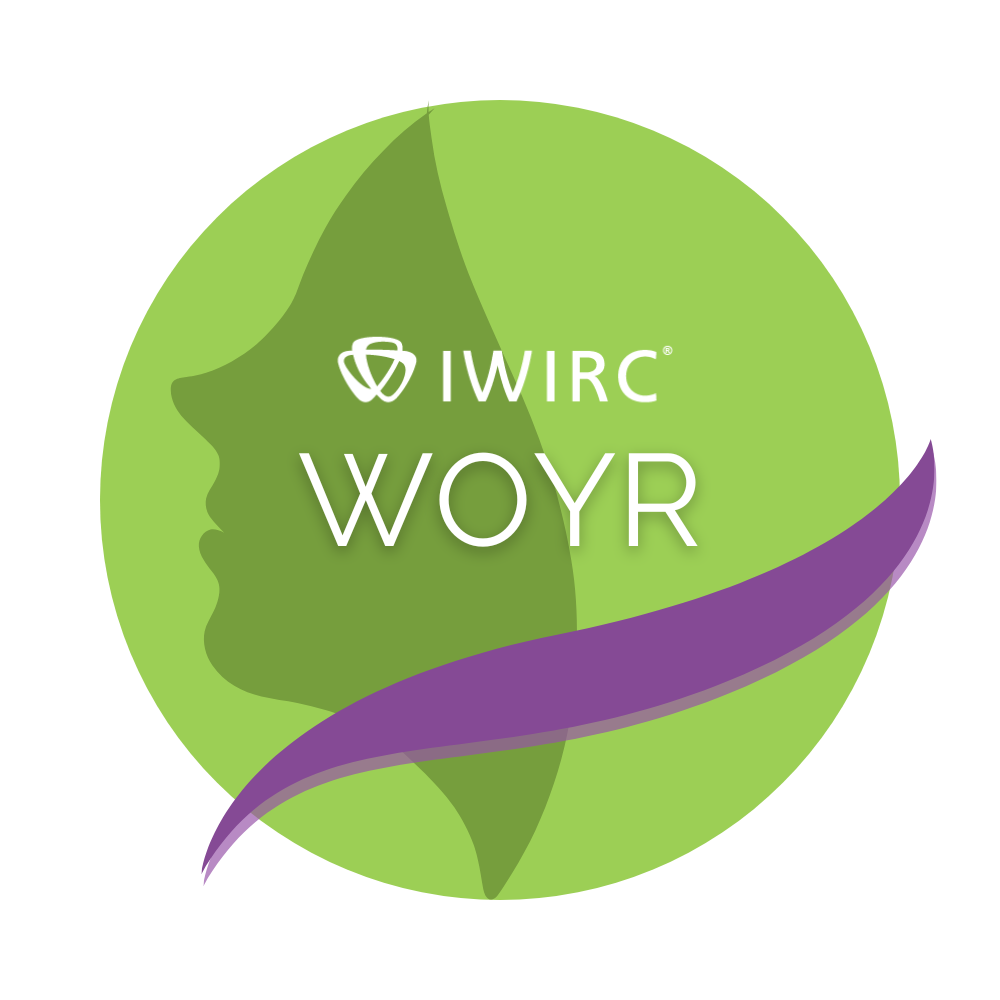 Importantly, achievements do not have to be in nationally renowned cases or result in landmark decisions, only exceptional. IWIRC welcomes all entries and is not seeking the most senior woman or the most important case.

E-mail your nomination to sbedker@iwirc.com.

The IWIRC Executive Committee ratifies all selections and its decisions are final. 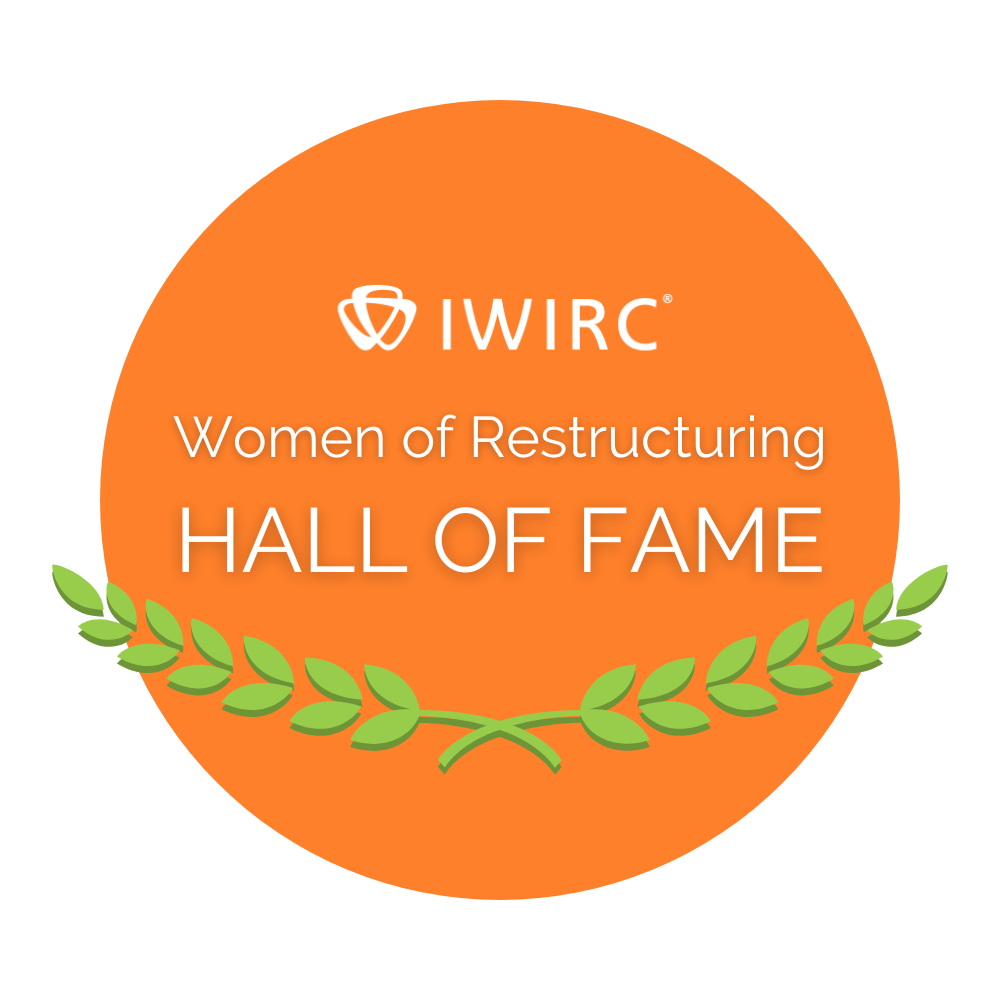 Importantly, achievements do not have to be in nationally renowned cases or result in landmark decisions, only exceptional. IWIRC welcomes all entries for women who have made a difference.

Woman of the Year in Restructuring Award (Asia)

IWIRC is delighted to announce the 5th Annual Asia Woman of the Year in Restructuring Award (WOYR Asia), to honour a woman in Asia for her recent contributions to or lifetime achievements as part of the restructuring and insolvency industry.

The WOYR Asia complements the pre-existing award programme called “Woman of the Year in Restructuring Award (WOYR)” which has been administered by IWIRC internationally since 2006. Winners of that award are typically announced at one of the IWIRC conferences in the United States. Further details are available at this link. While the WOYR award is open to anyone across the globe, the WOYR Asia is designed specifically to recognise practitioners based in Asia.

IWIRC membership is NEITHER a requirement to make a nomination, nor to be honoured. Self-nominations are permitted.

An FAQ can be found at the end of the nomination form. If you have any other queries, please click here to contact the IWIRC WOYR Asia Committee.

Winners are announced during the IWIRC Asia Insolvency & Restructuring Conference in November of each year.

2018 marked the inaugural year for this award. Join us as we congratulate the award winners.

In furtherance of IWIRC’s mission, which is devoted to enhancing the professional status of women in the insolvency and restructuring profession, IWIRC has established an award for individuals who are the “Rising Stars” of IWIRC. IWIRC wants to recognize and honor the “Rising Stars” of the organization for their contributions to IWIRC. The Rising Star nominees may be attorneys, bankers, turnaround advisors, claims and noticing agents, academics or other restructuring industry professionals who are actively engaged in the restructuring industry, are located anywhere in the world, and who have shown dedication and commitment to IWIRC on the local, national and/or international level.

All nominees for the IWIRC Rising Star Award must be members of IWIRC. However, IWIRC membership is NOT a requirement to make a nomination. Nominations may be received from firms, companies, partners, associates, IWIRC Networks, IWIRC members, organizations or otherwise.

The IWIRC Rising Star Award will be presented to the woman who:

We are looking for individuals that are relatively new to the restructuring industry who have made a marked difference with their involvement and achievements in IWIRC at the local, national and/or international level. Please feel free to think out of the box on this. We welcome all entries. Please consider those women who have consistently demonstrated a commitment to enhancing IWIRC and your local Network.

Five Finalists will be announced in early September of each year. All five Finalists will be invited to attend the Annual IWIRC Fall Conference where the winner of that year’s IWIRC Rising Star Award will be announced. The IWIRC Rising Star award recipient and all of the other Finalists (along with their supporting firms, companies, partners, organizations) will be recognized and presented with awards honoring their contributions and support of IWIRC.

There is no better reward than recognition.

Please take time to nominate your fellow IWIRC members for any of the awards listed above that they might qualify for!

Call for Nominations
Platinum Sponsor
view all of our international sponsors