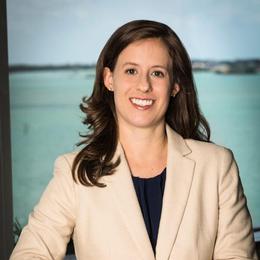 Nyana Abreu Miller, an attorney at Sequor Law, focuses her practice on international asset recovery and financial fraud. Nyana has worked on cases brought under Chapter 15 of the U.S. Bankruptcy Code on behalf of foreign trustees seeking to take discovery, administer property and bring claims against third parties. She has worked on pre-trial, trial and post-trial proceedings for a Latin American investor that lost millions of dollars in a scam involving a complex set of brokers and intermediaries. She has prepared and filed several applications for assistance to foreign litigants seeking evidence from U.S. banks and other witnesses, under 28 U.S.C. § 1782. She represents creditors who seek to have foreign judgments recognized and enforced against assets in the United States, and is very familiar with Florida's Uniform Out-of-country Money Judgment Recognition Act.  She represents individuals, corporations and trustees in litigation to recover assets that were concealed, fraudulently transferred, or otherwise misappropriated.

Nyana currently serves as Co-Chair of IWIRC's New Networks and Regional Development Committee. She previously served as IWIRC's Latin America Regional Director. Nyana is regularly invited to present, in English, Spanish and Portuguese, on topics related to international asset recovery and bankruptcy. She has been honored by Super Lawyers Magazine as a Rising Star in Florida since 2020, she was also honored with the 2020 IWIRC International Rising Star and the 2020 IWIRC Florida Emerging Leader Excellence Award.

Nyana is Brazilian-American and is fluent in English, Portuguese and Spanish.