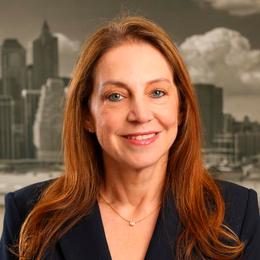 Leslie A. Berkoff is a Partner with the firm where she serves as Chair of the firm's Dispute Resolution Practice Group and is the former Co-Chair of the firm's Creditors' Rights and Restructuring Department. Ms. Berkoff splits her practice between these two Practice Groups. In the restructuring space, she concentrates her practice in chapter 11 cases, bankruptcy litigation and corporate workouts, where she represents a variety of corporate debtors, trustees, creditors and creditor committees both nationally and locally. Ms. Berkoff is an experienced commercial litigator.  Ms. Berkoff's Dispute Resolution practice has her frequently serving as a private and panel mediator; she is on the Mediation Panel for the Eastern and Southern Districts of the United States Bankruptcy Courts in New York, the United States Bankruptcy Courts in Delaware and the Eastern District of Pennsylvania, as well as the Commercial Mediation Panel for Nassau County, Mediation Panel for the Nassau County Bar Association and the American Arbitration Association ("AAA").  Ms. Berkoff also serves as a member of the Second Circuit United States Court of Appeals Pro Bono Appellate Mediation Panel and as a Special Master in the Supreme Court of the State of New York, Appellate Division, Second Judicial Department Mediation Program. Ms. Berkoff is also a trained arbitrator and is a member of the AAA arbitration panel and a member of the AAA-ICDR international panel, and the AAA-ICDR Council.

Ms. Berkoff is the past Chair of the International Women's Insolvency and Restructuring Confederation (IWIRC), having previously served from 2004-2008 as Chair, and was an early IWIRC board member holding various board positions since becoming a member in 1996.  Ms. Berkoff is the immediate past Co-Chair of the American Bankruptcy Institute's (ABI) Mediation Committee and is a contributing editor of the quarterly column Mediation Matters. She has also served as Co-Editor and contributing author for two publications for the ABI, the Health Care Insolvency Manual, Third Edition as well as the Bankruptcy Mediation Manual.  Ms. Berkoff also holds multiple roles within the American Bar Association ("ABA") Business Law Section; she is the Section's representative on the Dispute Resolution Advisory Council, and is the Chair of the Dispute Resolution Committee, the Vice Chair of Programming for the Business Bankruptcy Committee and the Vice Chair of the Bankruptcy Study & Policy Committee. She is also a contributing editor for the ABA publication Business Law Today on Dispute Resolution.  She is the former Co-Chair of the New York State Bar Association's Mediation Committee for the Dispute Resolution Section and the Co-Chair of the Association's Ethical Issues and Ethical Standards Committee. She is also an active member of the Nassau County Bar Association and a past Chair of its Bankruptcy Committee. In addition, Ms. Berkoff serves on the Board of Editors of Pratt's Journal of Bankruptcy Law and is a past President of Hofstra School of Law's Alumni Association.